The FIELD Challenge – a Fully Integrated EvaLuation and Development task, now also known as the “Laurie Dake” Challenge was inaugurated in 2011. Each year about half of the active EAGE student chapters in the worldwide pit their skills for a grand prize and all the recognition provided by EAGE,  the EAGE Student Fund and the data set sponsors.

Laurence Patrick (Laurie) Dake was a preeminent scientist and renowned author, paving the way for the education of new generations of reservoir engineers. He made great contributions to the petroleum engineering profession, and in evoking his exceptional creative spirit, EAGE is pleased to name the FIELD Challenge after him.

The competition stars with a first round with an assignment that is prepared by each team. Ten teams will be selected and will be required to analyze and propose a field development plan for a discovered hydrocarbon resource. Each team is required to submit the field plan and development in the format requested by the judges, and based on this submission, the six finalist teams are selected. All teams work with the same data set, which is provided by a different company each year.

Teams can consist of full‐time students from some or all of the following disciplines:

Laurie Dake’s two text books can still be observed sitting beside the workstations of many of today’s reservoir engineers. Plenty of other professionals in related disciplines will have seen them during informal meetings, often opened on some specific page for reference.

Dake would have appreciated this acknowledgement. He saw his working area as a small but central component of a universe comprising geology, geophys­ics, economics, petrophysics, reservoir, production, processing, and project engineering. It is precisely this spirit of integration that we are promoting with the annual Laurie Dake Field Challenge competition for students.

Integration is no mean task. For students it is a lesson firstly in focusing on the physical behaviour of the basin or reservoir, and its characterization, The second goal promoted by Laurie Dake himself, was not to blindly rely on mathematical models and their outcome. These are two key elements in the Chal­lenge named after him.

Laurence Patrick Dake (he preferred to be called Laurie Dake) was born on 11 March 1941 on the Isle of Man. He obtained his university degree in natural philosophy at the University of Glasgow in 1964, then joined Shell as a petroleum engineer. After in-house training, he gained experience in operations in Australia, Bru­nei, Turkey, and Australia. In 1971 he began training reservoir engineer recruits at the company’s training centre in the Hague. This led to his first text book The Fundamentals of Reservoir Engineering published by Elsevier. Combining rigor­ous physics applied through simplified procedures with numerous field examples and applications, the book was a great success.

Its publication in 1978 coincided with Dake’s departure from Shell to join the British National Oil Corporation (BNOC) as chief of reservoir engineering. His work on North Sea reservoirs in the early days of the UK offshore industry was honoured by an Order of the British Empire (OBE) for services to UK industry. In 1982, when BNOC was privatized, he left and became an independent consultant in Edinburgh. As such he was one of the most appreciated international consultants to oil companies and banks. In parallel, he became external examiner and later honorary professor with the Petroleum Department of Heriot Watt University.

In 1994 he published a second book The Practice of Reservoir Engineering. At that time, the fairly new job title of ‘simulation engineer’ had surfaced in the petroleum industry. Characteristical­ly, he wrote: ‘There is no such thing, only […] engineers who happen to have simulation packages at their disposal for use, amongst other tools, as and when required’.

Unfortunately, there would be no third book. During a visit to Australia in 1999, he unexpectedly passed away at the age of only 58. We can only guess what would have been the focus of another volume. It would necessarily have addressed the concept of propagating of uncertainty in the calculations. He would have insisted on the importance of physical understanding to avoid turning geoscience and petroleum engineering into a push-button activity with little added value.

Our hope is that students will follow Dake’s exemplary scientific approach when involved in the Field Challenge that bears his name and make him proud. 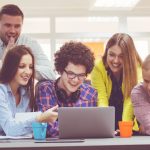 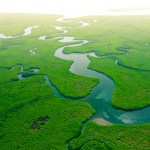 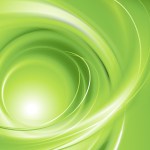 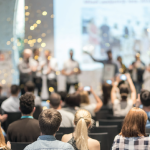 His major contribution is in the theory of electromagnetic responses of geological formations to various charge polarization phenomena. The theory has enabled him to introduce a multi-frequency electromagnetic log-inversion technique to remove dielectric effects for improved estimation of hydrocarbon pore volume.